'Learning to Swim' is my new album released today by the 2020 label/project. Between January 2020 and January 2021 the label has released 20 download albums (one every 20 days) Each album features 20 tracks and each track is 20 seconds in length. In terms of the number of tracks this is an album; but in terms of the length, it only covers one side of a single. The snazzy cover was done by David Barrington. You can see more of his work here.....

The 2020 project is the brainchild of Neil Stringfellow who records and releases music under the name Audio Obscura. You can check his mus here.... 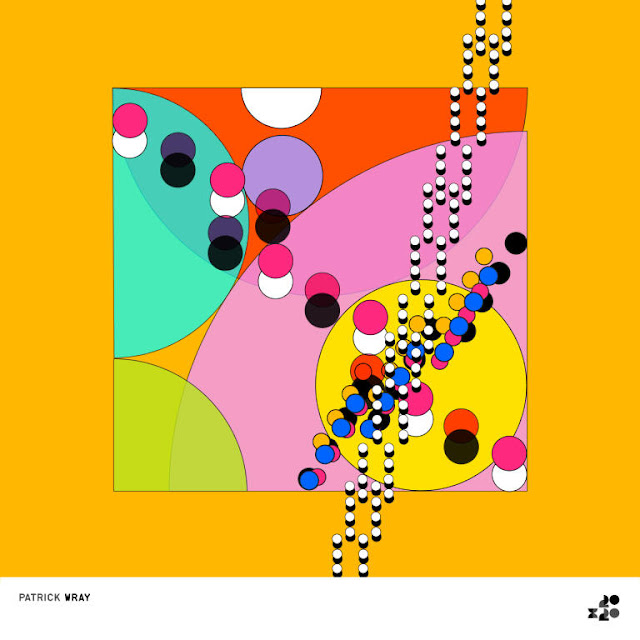 The album comes with a pdf which contains an interview with me about the album. In addition to that, I present here a track by track breakdown of 'Learning to Swim'

1. Make Art!
A militant sounding instruction to 'Make Art'
2. Learning to Swim
The title track.Rock!
3. Oh Blimey (It's Rachel Riley!)
An ode to Rachel Riley, the numerically inclined 'Countdown' girl.
4. Spirits in Asia
A short paean or parody of the band Japan. Sort of 'Visions of China' for the price of a stamp.
5. I Want to Be Able to See My Reflection on that Floor
A blast of noise.
6. Heaven Can Wait
This one is possibly a sketch for a proper song one day. I asked my friend Stefan Melzak to send me some synthy AOR. He sent me a four minute track. The song I used as reference was a soppy ballad called 'Motor of Love' by Paul McCartney. Not Paul's best (or mine!)
7. Jesus (Back in My Life)
Religious zeal.
8. Return to Childhood
A wide eyed number similar to 'Jesus (Back in My Life)
9. Writers Block
It Doesn't exist!
10. There Goes Rover
One of those spontaneous numbers that came into my head as I was walking a dog.
11. Frogs
There ain't much I can add to this.
12. Peter Don't Like It
A duet with my mum about my dad who doesn't like much about much.
13. Rock n' Roll Toothbrush
The most rock n'roll number on the album
14. I Only Popped Out to Get some Pritt Stick
I will advertise any product as long as it's something I regularly use.
15. On Desks
Inspired by the stillness in offices. And by the Mecano like office buildings just off Denmark Street in Central London..
16. What I Really Need Now is a Dapol Dalek
This song could have been better. I used to have several Dapol figures but never had a Dalek. Maybe I'll get my Dalek now. Sounds more primitive that the Radiophonic Workshop.
17. I Believe in You
Guest appearance from Alvin and the Chipmunks.
18. Everyone's gone to the Pub
The only guitar number ('Rock N'roll Toothbrush uses a Uke) Just as well as I can't play guitar really.
19. Everybody's Dreaming
The lyric is an echo of the words from 'Above the Rooftops' from 'Christmas Night: A Radio musical'
20. Make More Art!
A reprise of the first track.