My in depth article on pornographic horror films appears in the current issue of Darkside Magazine (236) published end of last week.

You can order a copy here....https://thedarksidemagazine.com/product/issue-236-blood-island-memories/

It's also on sale at all major newsagents such as WH Smith etc. 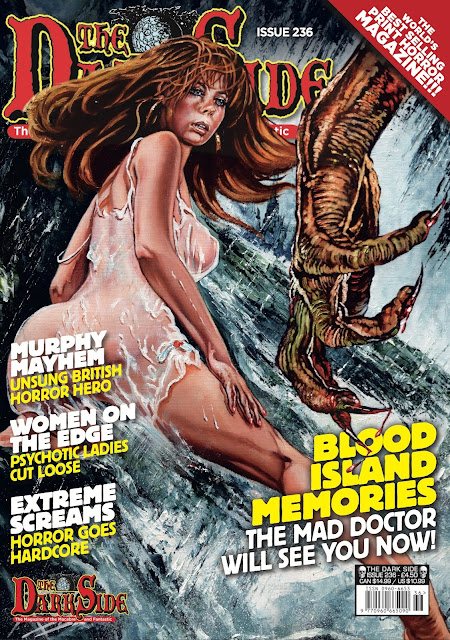