'Oh My Zine!' Exhibition at The Bowery Gallery

I have some work in the exhibition 'Oh My Zine!' at The Bowery Gallery in Leeds. There are more details on the exhibition which runs until 21st June here....https://www.thebowery.org/gallery.html

The exhibition features work from a new book/zine I have published in collaboration with my friend artist and writer Clara Heathcock called 'Perforated Eardrum'. This is being launched proper in the next couple of weeks so lots more information to come on that.

Each chapter is illustrated by myself and references a particular song or artist in response to Claras text. The pics below reference Amy Winehouse, the Wire song 'Outdoor Miner' and the band Moldy Peaches.

'Oh My Zine!' aims to create awareness and encourage engagement with zines and zine culture. You can see the pics below as well as a few others at the gallery.  Prints are available for sale in the gallery shop as well as the first few copies of 'Perforated Eardrum' 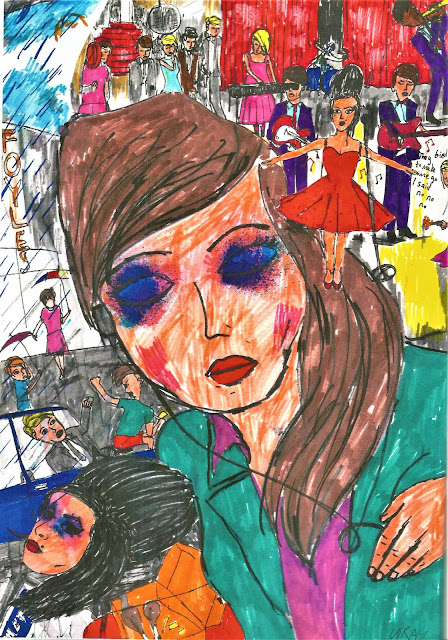 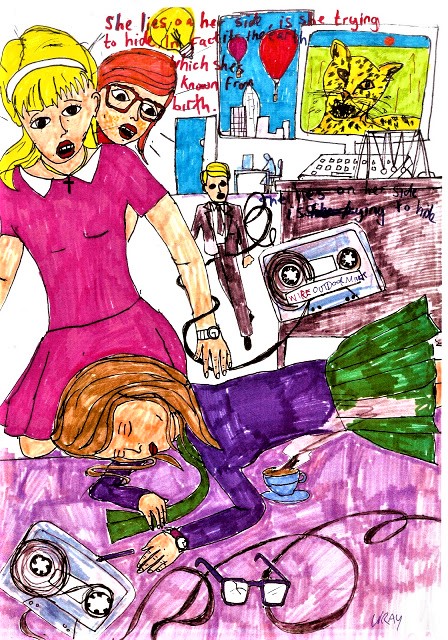 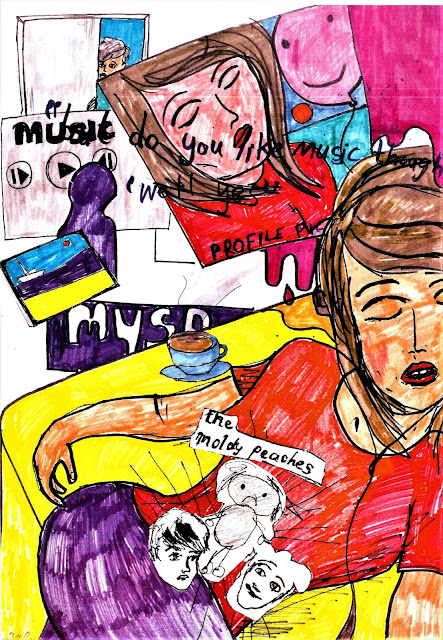 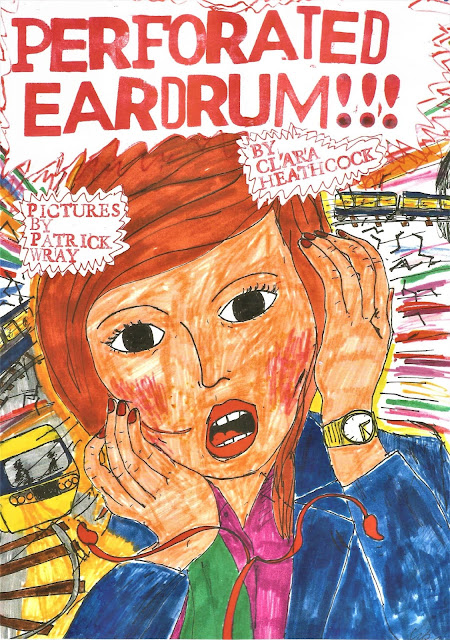 'The Scream' of Zippy

Based on the painting 'The Scream' by Edvard Munch in case that was not apparent and featuring the iconic English kids TV character zippy. 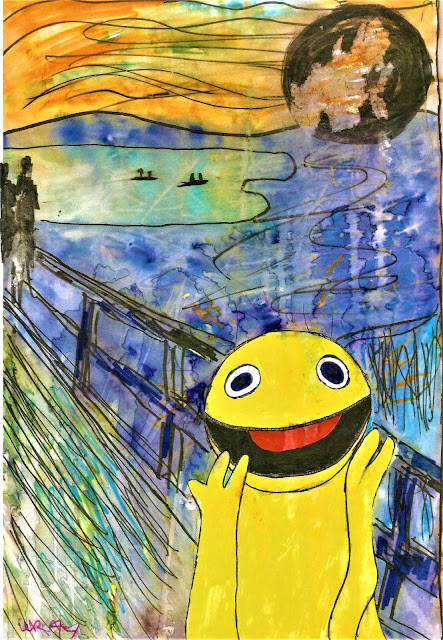 I recently uploaded some songs on to youtube. Some are old songs, some are more recent as well as a few cover versions. The videos simply contain still images and are just designed to showcase the songs. I plan to add a video section to this site at some point that will showcase some of the proper videos I have made over the years.

1. 'Rusty Old BMX Bike' Taken from the 2017 cassette album 'ICU on Telephono 1986' The photo is a vintage shot of me circa 89/90.  You can check out the album this was taken from here....https://patrickwray.bandcamp.com/album/icu-on-telephono-1986

2.'Dead Youth' by Movement. The first song I ever wrote. There is a bit more info on this band on the bio page. Track recorded 1996. Another vintage pic of me plus band memorabilia.

3.'Hey Music Fan' from the 'My Big Idea EP' released back in 2016. A collaboration with Mats Davidsen. You can listen to the whole thing here...https://davidsenwray.bandcamp.com/releases

4.'God Only Knows' cover. Recorded in 2003 with my friend Daniel Halliday when we were both in the midst of serious Beach Boys addiction.

5.'Holding Back the Years' cover. Recorded in 2009 with my friend Daniel Halliday and featured on the Cogs album 'Afternoons' (please don't tell Mick!) I could never match the flawless original but probably closer in spirit to the inferior original version recorded my Mick Hucknall's punk band The Frantic Elevators. Painting on video is by Andrew Wyeth.

6.'Gin and tonic Tonight' cover. This is originally by Mats Davidsen from his Painted Romans project. I have collaborated with Mats on the 'My Big Idea EP' as well as 'Power Ballad' from 'ICU on Telephono 1986' where this track is also contained.


7.'Who Invented the Set Up? by Athena. Recorded in 1999. This track was featured on the compilation 'Bedroom Cassette Masters Volume 9' The EP it was originally taken from, the 'Museums EP' was reissued last year.You can listen here....
https://patrickwray.bandcamp.com/album/athena-museums-ep
Bedroom Cassette Masters....https://bedroomcassettemasters.bandcamp.com/ There is some more info and a link to a full biography of Athena on the bio page of this site.
No comments: