A Chat with Dave Twist/Hawks Article in October Record Collector

An interview I did with Stephen Duffy is published in the October Record Collector Magazine. The conversation centres around his early days on the Birmingham post-punk scene with Duran Duran and The Hawks. The Hawks have just released an archive collection of their recorded work 'Obviously 5 Believers' on Seventeen Records.

You can order the album here....

Stephen was a fascinating man to chat to and a very nice guy too. He had no shortage of things to say about his incredible body of work and his unique musical journey.

The article features some great pics of the Hawks and TV Eye as well as some very rare early Duran shots.

Published below also , is an interview I did with Dave Twist which unfortunately I couldn't fit into the Record Collector piece for space reasons. As well as TV Eye and the Hawks, Dave was also in the pre-Nightingales band The Prefects and he appeared on the recent acclaimed documentary 'King Rocker' about Robert Lloyd/The Nightingales. He also did time with John Taylor in Shock Treatment and Dada, as well as various musical projects beyond TV Eye and The Hawks with his friend, the late Dave Kusworth.

My understanding is the band (The Hawks) was you, Stephen, Simon Colley, Paul Adams, Dave Kusworth and you existed from 1979 onward.

We formed from the remains of TV Eye ( Myself, Dave Kusworth and Paul Adams). Eamonn the bass player had gone off to become a full time Prefect. Stephen will have to tell you why he and Simon left a very promising, but very different Duran Duran to join us. At the time I was the fall guy - knowing both John and Nick too. It hurt them very badly and it isn't something I have any excuse for now. Its the one time in my life that I really lost a certain kind of compass. I've spoken to John recently about it and he will acknowledge that the  huge teen thing that Duran became could never have happened with that more art-school first lineup. The Hawks were together from 1979 - 1981, Then Stephen got a solo deal with WEA and the first version of 'KISS ME's appeared in 82.

You were first called Obviously Five Believers, the Subterranean Hawks then simply the Hawks. Correct?

Yes and no. The '...Believers' was an early name we toyed with. Stephen was more steeped in Folk Rock than I was at that point - I was just discovering these wonderful arcane word groupings - so, 'obviously five believers', who are those guys? Seems pretty clever when you're 18. Then we co-opted half of Nick Kent's band name and grafted it to the original name of The Band. So Dylan still. Then that seemed clumsy ( and it was) and we just used The Hawks. Which wasn't a great name really. Not if you were up against Echo and The Bunnymen or The Teardrop Explodes, and we were. It was out of time and second hand. Stephen is right - we should have stuck to that first idea, not been so trad.

I take it that the 7 inch single 'Words of Hope'  was self-released?

How come the band only released one single during the time it was active as you were going for quite a few years weren't you?

Stephen and I had had a few interviews, played our tapes to the A&Rs at the couple of labels we figured would love us. Rough Trade and Island. We were wrong and they didn't. Just didn't see it. A very few years later the Smiths could be seen to harbour a guitar player who'd spent too long with the Keith Richards look-book, but not then. We were entirely too 'rock' for an anti-'rockist' press zeitgeist, but too fey and ragged to be 'Rock'. So we put it out ourselves but had no idea about press agents, or distribution or how to service a radio station. Did we even put one in the post to John Peel? Probably not. Someone else does that sort of thing, we're busy doing our hair.

What was the band dynamic from your point of view?

I think Stephen referred to me as 'the leader' in something he once wrote for 'What A Nice Way To Turn Seventeen'. That was kind, but I think probably refers to the belief and the drive I had for the band. I really thought: we have the two greatest songwriters here ( in Stephen and David Kusworth) this is great! So in a way I was their, pretty evangelical, believer. Didn't make me the real leader though. That power is always there with the songwriters.

How did the band initially get together?

Stephen had followed TV Eye. We had an approach, and a couple of songs, that I think he took as pointers. Then John Taylor and I both signed up for an Arts foundation course at Fazely Street in the city centre - we enrolled in the September of '78 and there was Stephen.

The influence of Sixties music which was quite unfashionable in the early eighties is evident on the songs and the original band name Five Obvious Believers, with that being a Dylan reference.

Well I've mentioned the Bunnymen and The Teardrops who were both probably coming from a similar space. There was a lot of the 60s there. We also shared their love for Television / The Voidoids. Paul Adams was very much influenced by those guys - Quinne, Julian, Lloyd and Verlaine. The industry I think would only recognise those influences as commercial at that time if they were presented as a costume party. The Barracudas kind of worked their cartoon way from 62 to 66 between 1979 and 1980.

Of course, in our flop-tops and crumpled 'Rolling Stones '64' (via The David Johansen band who'd made a big splash at Barbarellas in '78) we had a look that was pretty much identical to any band on the original Creation rosta, C86. Bobby Gillespie just loved Dave Kusworth. We were out of time. Was being the Rolling Stones from Selly Park and Winson Green any more preposterous than being The Velvet Underground from East Kilbride?!

I see Simon Colley has continued to do music and works as a visual artist. What of Paul Adams? Has he kept creative? Can't find anything on him and he has quite a generic name.

Paul is also in the States. He doesn't play in bands anymore, but like Simon is happy that this stuff will see the light at long last.

Were you all still in touch, on good terms with the band over the years?

Always on good terms with Stephen and Dave, lost contact with Paul and Simon in The States. Continued to play with Dave on various records, on and off, for the rest of his life. One of the last we made together 'The Brink' gets it's first vinyl release this April.

Your friend and fellow Hawk Dave Kusworth sadly passed away last year. I Was really sorry to hear that he had gone. ' What are your abiding memories of him? Anything you would like to say about him?

Its hard to sum the guy up in any pithy way - he was a complex, loveable and utterly unpretentious man. He was frustrating and headstrong. He should have been a star and he could never have been a star. When I was back, sat behind him on my old Gretsch kit at his last UK show on Christmas 2019, it felt like I was home.

Like Stephen and Simon you have some Duran connections as amongst your other musical adventures you were also in Shock Treatment and Dada with John Taylor. Do you have recordings from those?

Shock Treatment, as John will tell you in his autobiography, were a generic stab at being 'a punk band'. Something you just did in the summer of '77 and then moved on. DADA were much more interesting. I'd switched from 'singer' to drummer and could only master an approximation of the sort of ride to floor tom thunder I'd loved from Palmolive in The Slits. John had a new-fangled flanger or phaser or some such, two (slightly) older guys, John and Mark, were a couple of fashion-plates too. On our only live recording from April '78 we sound a little like Cabaret Voltaire would about a year later. Evidence to support this contention will soon be supplied.

Barbarellas was in its last days (closing in August 1979) and was so huge ( 'the largest nightclub in Europe') that it wasn't really a place for a young band to try new ideas.

The Rum Runner - until it became the home of Duran Duran - was a pricy but square discotheque with a clientele you tried to avoid as you passed on the way to Barbarellas. That became a different thing only as The Hawks were folding.

The venues that we played, and Duran too as they worked through various replacements for Stephen, were far grittier. The Red Star Club, above a Communist book shop on Essex Street, we played more than anywhere else. The Golden Eagle on Hill Street by the Brutalist Signal box. We played The old Cedar Club - home of The Move! We played the Marquee. Once. We finished at The Fighting Cocks in Moseley. And that was that. 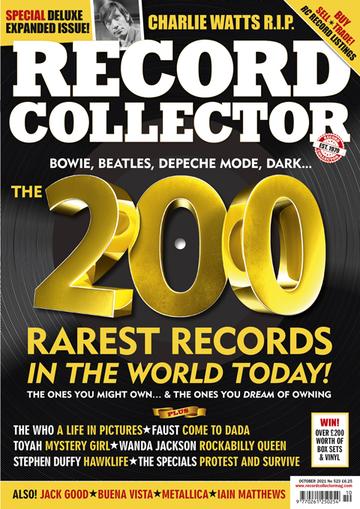