During the late nineties between 1998 and early 2000 I was a member of a minimal synth band with my friend Asim Butt at a time when the genre was deeply unfashionable. I was either ahead of my time, behind the times or somewhere in between. Any hey, there has been a bit of interest in this EP over the years; most recently when two tracks were featured on the influential compilation series 'Bedroom Cassette Masters Volume 9' With the resurgent interest in minimal synth in the last few years I thought this might be a good time to present this music again and so here is the album again with one track re-recorded and new artwork (the original cover which you can see below is terrible!)
Below is a reprint of an article printed about the band in Nude Magazine 2010. I had to cut it up a little bit to make the text legible on here. The album is £4 and comes with a free download when you buy on bandcamp. The download features extra bonus track.

You can listen and buy the tape here....
https://patrickwray.bandcamp.com/

Track 1: Stock Market Crash (New Version)
The first song we ever did in the music practice rooms at Dartington College of Art back in 1998. A product of what we used to call pre-millennial tension. This version is truer to the original rehearsal version we did before recording for the EP. I recorded this alone and this was recently featured under my own name on 'Bedroom Cassette Masters' but in truth could have been credited to Athena.
Track 2: My New Image
A pessimistic song. As minimal as synth can get without disappearing. I have always been interested in dystopian films and books and this one fits with that. On a more prosaic level it probably reflects my sense of anxiousness about the prospect of having to get a job at some point really soon as we neared the end of our art college party.This featured again on the early 2010 double Cogs collection 'Afternoons'  despite not being a Cogs track.
Track 3: Helicoptors
Another dystopian number that was inspired by a dream I had. This featured on the 2005 Cogs double album 'Laughter and Footsteps' despite not being a Cogs track. The song has a similar feel to the seminal song 'Private Plane' which I was yet to hear when 'Helicoptors' was written.
Track 4: Who Invented the Set Up?
This song was written and pretty much recorded in one take and never played again while recording the other songs for the 'Museums EP' The lyric was about the futurist movement and it's descent into fascism.
Track 5: Stock Market Crash (Original Version)
Track 6: The Reflective (Download Only)
A much looser song than the others. Recorded on a cheap tape recorder. By this time  Asim's brother Attif had joined on drums. This was one of a batch of songs we did in a similar style that we wrote for inclusion on what was to be a semi-improvised dada opera called 'Workathon 2' a sequel of sorts to a comic and short film I had made around this time. It was never completed. 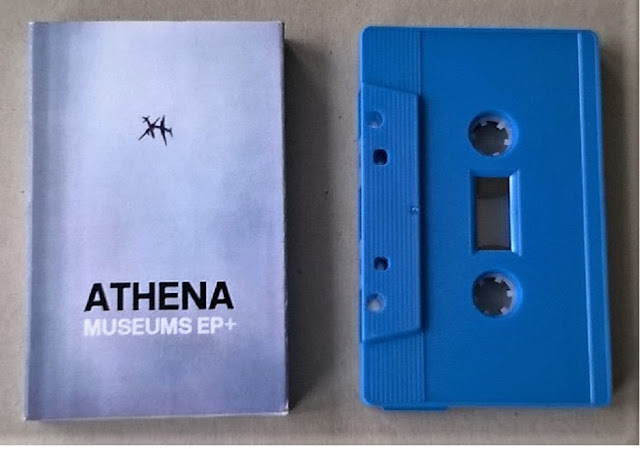 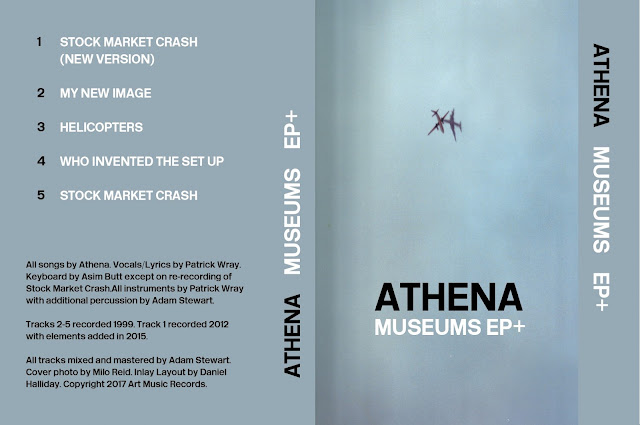 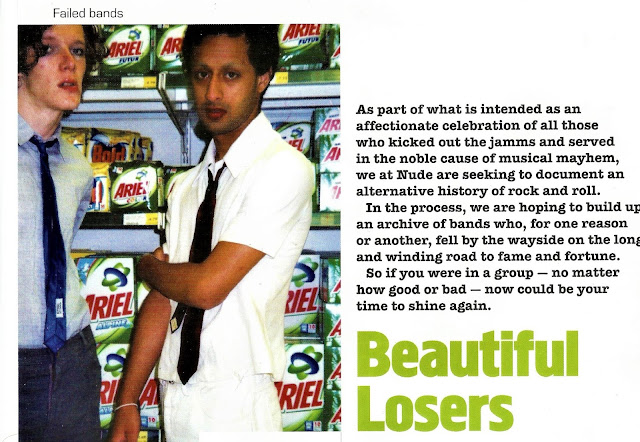 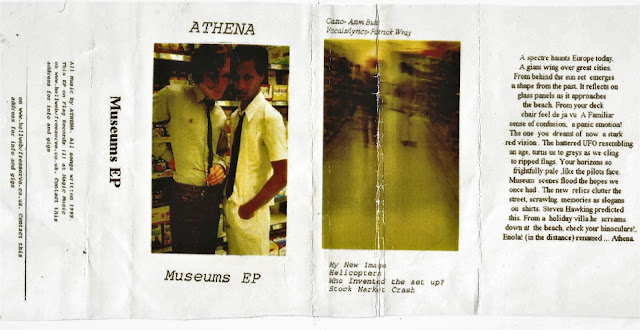